The latest buzzword in the tech world is virtual reality (VR). If you haven’t experienced VR, you’re probably wondering how it works. The short answer is, using Oculus technology and wearing a VR headset, you’re thrust into another environment with little more than tapping a button.

Using couple of specially 3D-printed camera rigs that hold 6 or 10 GoPro Hero4 cameras in a spherical shape. Each camera is mounted at a specific angle so the camera’s field of view will overlap portions of the surrounding cameras’ field of view. That overlap will eliminate any gaps in the footage and allow for flexibility at the seams. When all the GoPros are recording, they capture video at the same time, and it covers the entire 360° by 180° area.

There are various ways to hold the camera rig. It all depends on the needs of the shot. A tripod or monopod are the most common, but you can hang it, hold it, drone it, and more.

Shooting video in 360° is not like shooting regular video. It has its own set of rules and considerations. The first thing to remember is that 360° means EVERY THING is in the view of the camera and will be in the shot. This includes you, your crew, any lights, microphones, equipment, every crack on the ceiling, and dirty footprints on the floor. This type of shot limits and gives freedom to the director at the same time. You may have to be in the shot, so be creative, don’t make it obvious—blend into the scene—or hide behind/under/in objects on location. When scouting locations, take the entire space into consideration. Envision the action that will take place, how should that action interact with the camera? And make sure the available lighting is suitable or get creative with camera placement.

Placement of the camera in the scene is key and important to storytelling. To capture the action of the scene, you need to consider what role the person wearing the VR headset will take. Are they participants or observers? Meaning, should the camera be placed at an odd position, like hung from the ceiling or low to the ground? Or mounted six feet from the floor to equal to an average person’s height? In either case, the camera should be placed in or around the center of the activity. That way the viewer can explore the scene as they wish, and will have something of interest in all directions.

The last item to consider is camera movement. In order to achieve action, there needs to be an impetus of movement, like a drone, a car, a track, or a person. Bear in mind, whatever is controlling the motion will be in the video. For example, if you hang the camera from a drone or helicopter those vehicles will be visible in the final result. There are ways to remove or hide smaller objects in post-production, but that is a lengthy process. Because the video will become an immersive experience, motion of any kind needs to be calculated and intentional, otherwise it can cause nausea or it can disconnect the viewer from the experience.

Capturing video is only half the 360° battle. All that footage (per camera, per location) will have to be downloaded, synchronized, stitched together, and processed before it gets put into a VR headset. And that’s an entirely separate blog post!

360° video has endless possibilities. Just imagine the places and experiences you can go and have without leaving your desk chair!

Why logo design is so important for nowaday businesses?
February 29, 2020

Some think once you done the website design, the job is done!
January 22, 2020

Frank Shuwu
05:20 22 Aug 16
I consider HOOPSTUDIO a top web design company in Singapore! The company stays current on all issues concerning web design & eCommerce application development, they are always on top of our needs and responds very quickly. The costs beat anyone we have researched. You just can’t beat this web design company. HOOPSTUDIO is simply the best website design company to work with all around. Frank Shuwu, General Manager, Jcros Design & Manufacture Asia 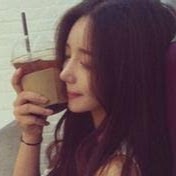 Sarah Lee
12:01 27 May 16
HOOPSTUDIO has simply been fabulous! For an e-commerce newbie like myself, HOOPSTUDIO and in particular, Steven Fang, have been impeccably patient, obliging and very responsive in guiding me through the process of setting up my first website. I will not hesitate to recommend any individual or organization to tap on HOOPSTUDIO's wonderful services and resourcefulness, thank you!

Jones Tay
08:40 07 Jan 17
Excellent Service provided by the team at HOOPSTUDIO Technologies! They have a deep understanding of the digital landscape and they listen to the needs of their customers and gave me the Best advises that help my business boost the online sales triple times in 2 months. Thank you for your Excellent Service and the Affordable one stop solution!!! Thank you, Steven Fang, Linda Ng and the whole team!

Sarah Lee
12:01 27 May 16
HOOPSTUDIO has simply been fabulous! For an e-commerce newbie like myself, HOOPSTUDIO and in particular, Steven Fang, have been impeccably patient, obliging and very responsive in guiding me through the process of setting up my first website. I will not hesitate to recommend any individual or organization to tap on HOOPSTUDIO's wonderful services and resourcefulness, thank you!

Frank Shuwu
05:20 22 Aug 16
I consider HOOPSTUDIO a top web design company in Singapore! The company stays current on all issues concerning web design & eCommerce application development, they are always on top of our needs and responds very quickly. The costs beat anyone we have researched. You just can’t beat this web design company. HOOPSTUDIO is simply the best website design company to work with all around. Frank Shuwu, General Manager, Jcros Design & Manufacture Asia
See All Reviews

Latest News
What Our Clients Said

I had asked Steven Fang, Project Manager of Hoop Studios Technologies to develop a logo, design the website and the related stationary for my boutique consulting company. In the process of the work, I was highly impressed of the extremely good understanding of what I wanted to achieve and the perfect guidance throughout the whole process. Not only was the design of the work exactly what I was looking for, also the implementation was done swiftly, professionally and in a very straight forward manner. I am fully convinced that the work of Hoop Studios will contribute very positively to the success of my business. I would highly recommend Hoop Studios for similar kind of jobs and I am looking forward to a further cooperation with Steven and Hoop Studios for an extension of the work. END_OF_DOCUMENT_TOKEN_TO_BE_REPLACED

Hoopstudio totally re-did my old website, which was old-school and very limited. Working together, we made it more modern, more mobile-friendly, and added so many functions and uses, it’s a whole new wonderful thing.

I love the way it worked out…aesthetically and functionally.. it’s just what I imagined it could be. As he worked on it, I kept getting new ideas and Improving it, he never balked at anything, he was right there patient with me, making it happen. I love the design and intuitive navigation, arrangement, and organization of the site. It is truly unique and exactly what I wanted.

Hoopstudio has a thorough understanding of his work, loves what he does and I know he treats each new website as his next masterpiece/artwork.

Thank you! I could not have a better website manager. I Will definitely recommend my business partners to you guys!

Affordable & High Quanlity website development service from HoopStudio, thumbs up! The $5k website saved me a lot marketing cost on newspaper ads and brochures printing and distribution… and it’s more effective, now with the site, I can send weekly newsletter to my subscribers and potential clients which build the great relationship with my clients, I would recommend HoopStudio to any agents who is looking to build a reliable website!

Hoopstudio has been the best website design company I have worked with, I have hired different website designers to built 3 of my property listing sites previously, none of the sites they built has really helped until I was referred to hoopstudio by my friend, which is a company has deep understanding of the property market, I have been using PropStar V1.0 and now upgraded to V2.0, the site is very easy to manage and update, it even allows me to manage the site on my mobile, this is great! Thanks a lot!

This is a huge thank you to Steven Fang, Project Manager for Hoop Studio Technologies for designing & printing my logo & business cards. You came across as an extremely professional, genuine & lovely person who really put my heart & mind at ease that what you had created for me was simple, but very effective for my business.You have an absolutely amazing calm & patient manner in listening to exactly what your customers are looking for & advising constructively based on their individual business model. I would highly recommend you to any small start up business like myself, all the way up to a large organisation looking to rebrand themselves. You definitely are a one stop shop for all e-commerce solutions. Someone l would definitely come back to, to create my website in the future. A person l will always remember as I started my business venture here in Singapore!

HOOPSTUDIO has simply been fabulous! For an e-commerce newbie like myself, HOOPSTUDIO and in particular, Steven Fang, have been impeccably patient, obliging and very responsive in guiding me through the process of setting up my first website. I will not hesitate to recommend any individual or organization to tap on HOOPSTUDIO’s wonderful services and resourcefulness.